Awaken Online: Inferno is the tenth instalment (based on publication order) in the epic LitRPG saga written by Travis Bagwell that revolves around a fictional Virtual Reality MMORPG named Awaken Online. At the same time, it’s the third entry in the Tarot series, a parallel story that introduces us to new characters and shows us a completely new side and area of Awaken Online.

Just like in Flame, where Finn and his companions got out of the Mage Guild just to be thrown into the Abyss, they must go back into a dark hole in a mountain, the Forge. It really does look like Finn is the fire Avatar with a phobia of day light.

But thanks to that, we see yet another new area of the game, with again new challenges, new mechanics and new dungeons. We get to see a futuristic and technological part of Awaken Online, which is very refreshing after two entries in a medieval desert city and Awaken Online in general being inspired by medieval style fantasy.

Yet, just like in the previous entry, Flame, we again get to see a lot of repetition, with the difference being that instead of ants, our heroes fight robots.

On the other hand, we also learn a lot more about the gods, mana and how these are related and how that relation seems to shape Lahab, and the world of Awaken Online in general.

And this is AO, meaning that we obviously get a massive war and battle, and Finn and his companions will have a hard time against some of the enemies and will have to make some big sacrifices.

The epic conclusion of the Tarot series!

A crippling wound. A war looming on the horizon. A demon king to kill.

Finn and his companions barely escaped their encounter with Bilel. But not without a cost – including the loss of Finn’s left arm and the magical corruption that now plagues his body.

Despite those handicaps, Finn must keep pressing forward if he is to have any hope of bringing Rachael back. As the Seer predicted, the guilds and Khamsin have formed a fragile alliance. But before they can lay siege to Lahab, Finn and his companions must first find a way to defend themselves and their fledgling army from the effects of the god relic that Bilel now wields…

Which will send them deep into the heart of an ancient workshop. Along the way, they’ll encounter advanced magical technology, new friends and foes, and will be pushed well beyond their limits. They will be reforged in the fires of adversity – forced to prove their mettle, even with the odds stacked against them.

Hopefully, it will be enough.

Because soon they will face a demon king and his armies.

Another good chapter in the Awaken Online series and ending to the Tarot trilogy. But, after Flame having lowered the bar, Inferno does not manage to push it back up, and just barely holds it at the same level, which is a little disappointing. And I think it also fails to be on par with Jason’s story in the main series.

Thorn and the Order, whom we first come across in Dominion, make a surprise appearance in this entry, and we learn who they are and where they come from. But while they are completely against anything “God” related, they are quickly convinced by Finn (the Avatar of the Goddess of Fire) to go after Jason. This, interestingly, shows us how Finn had a part in the Order attacking Jason. There’s also some mix-up between Dominion and Inferno, because in Dominion Thorn explains that he is the leader of the Order, while in Inferno that seems to be the role of Eldawin.

Then there’s Bilel, the superpowerful enemy and God hater. He holds so much power he could easily have destroyed Finns army, Lahab, and most likely half the continent in a blink of his eyes, but no, he gets messed around with and destroyed by Finn rather easily. This gives the impression that Travis Bagwell either ran out of ideas here or just tried to rush through it to stick to a schedule. And after the final battle, the way Finn takes over the staff? It’s just way to easy and fast compared to the rest of Awaken Online.

There’s also a lot of talk between Finn, Julia and Kyyle about hacking websites and forums to delete all evidence of Lahabs existence, which is unrealistic already, but they also talk about hacking Cerillion Entertainment itself. We know from previous books just how much money, technology and security Cerillion has, and what kind of people work there. Just suggesting hacking them feels like the author didn’t think it through.

This leads to the fact that there’s literally no story outside of AO. A few chapters inside Finns’ home, and a few of his memories, but nothing more. And there’s no Cerillion Entertainment, who is monitoring and watching everything, which brings up the point that in other books Cerillion Entertainment is on top of everything, watching, monitoring, recording and sometimes interfering when Jason goes too far. But in Tarot? With everything that happens in Lahab, the dead, the catastrophes, the storm, the war, the players killed upon spawning at the Mage Guild… And nothing, no sign of Cerillion.

On the other hand, I really love how AIs are introduced in Tarot, how they’re used and how technology in general is mixed with magic in a medieval desert world. It’s nice twist that adds a new dynamic and will hopefully present us with some exciting scenes in the future. I also like how Daniel becomes more of a character himself, how he is used and how he evolves throughout the trilogy, and the Forge was a very interesting place and very enlightening for the characters, but I think it just went on for a little too long and got a bit too repetitive.

I really enjoyed the introduction of body augments to improve and evolve our characters more and far beyond what would normally be possible, but “self-doing” these? I mean “Oh, let me take my eyes out and replace them with metal sticks” or “let me fuse this metal to my arm”… There’s gotta be a limit on how to do some things!

And I also like how throughout Tarot we learn more about the Gods of Awaken Online, about what they do, but I’m sorry to say that I just find the Seer to be quite annoying.

As with Flame, my feelings about Finn are mixed. I like his character a lot, I see a lot of potential, and love his way of analysing and acting. But his emotional side, living in the past, being so depressive and blaming himself the whole time… “Everything is for Rachel” over and over. It’s just a very annoying and very repetitive trait he has.

And to finish this off, NONE OF THE MAIN CHARACTERS DIES A SINGLE FRICKING TIME after leaving the Mage Guild, in the ENTIRE TRILOGY! Travis please! It’s a game, everyone dies at some point. Alexion, Jason, Frank, Riley… All of them die (some even multiple times!), but Finn and friends? Performing super crazy stunts and always surviving by some miracle with 1% health left? Book Description: Awaken Online: Inferno is the tenth instalment (based on publication order) in the epic LitRPG saga written by Travis Bagwell that revolves around a fictional Virtual Reality MMORPG named Awaken Online. At the same time, it’s the third entry in the Tarot series, a parallel story that introduces us to new characters and shows us a completely new side and area of Awaken Online. 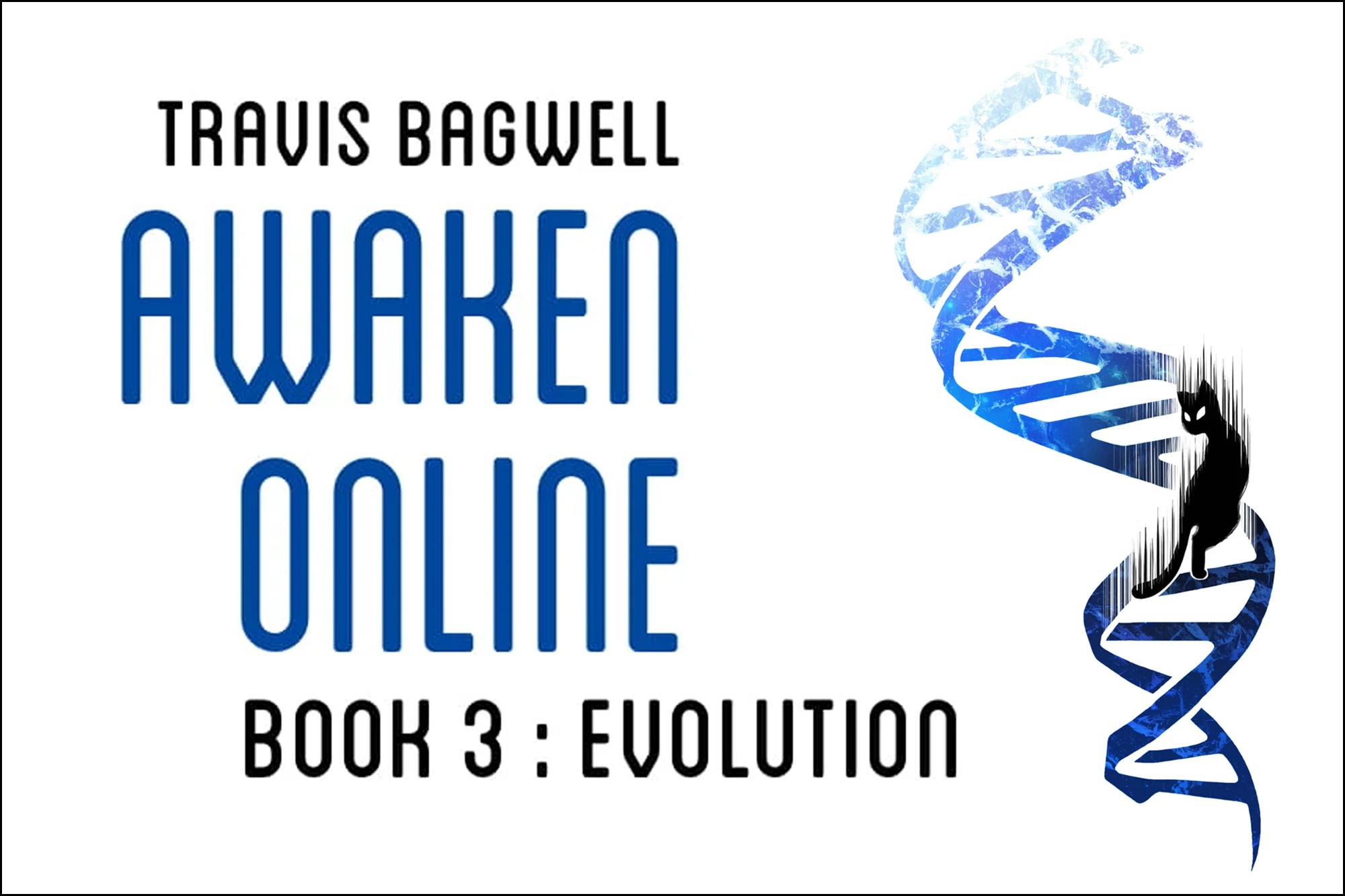 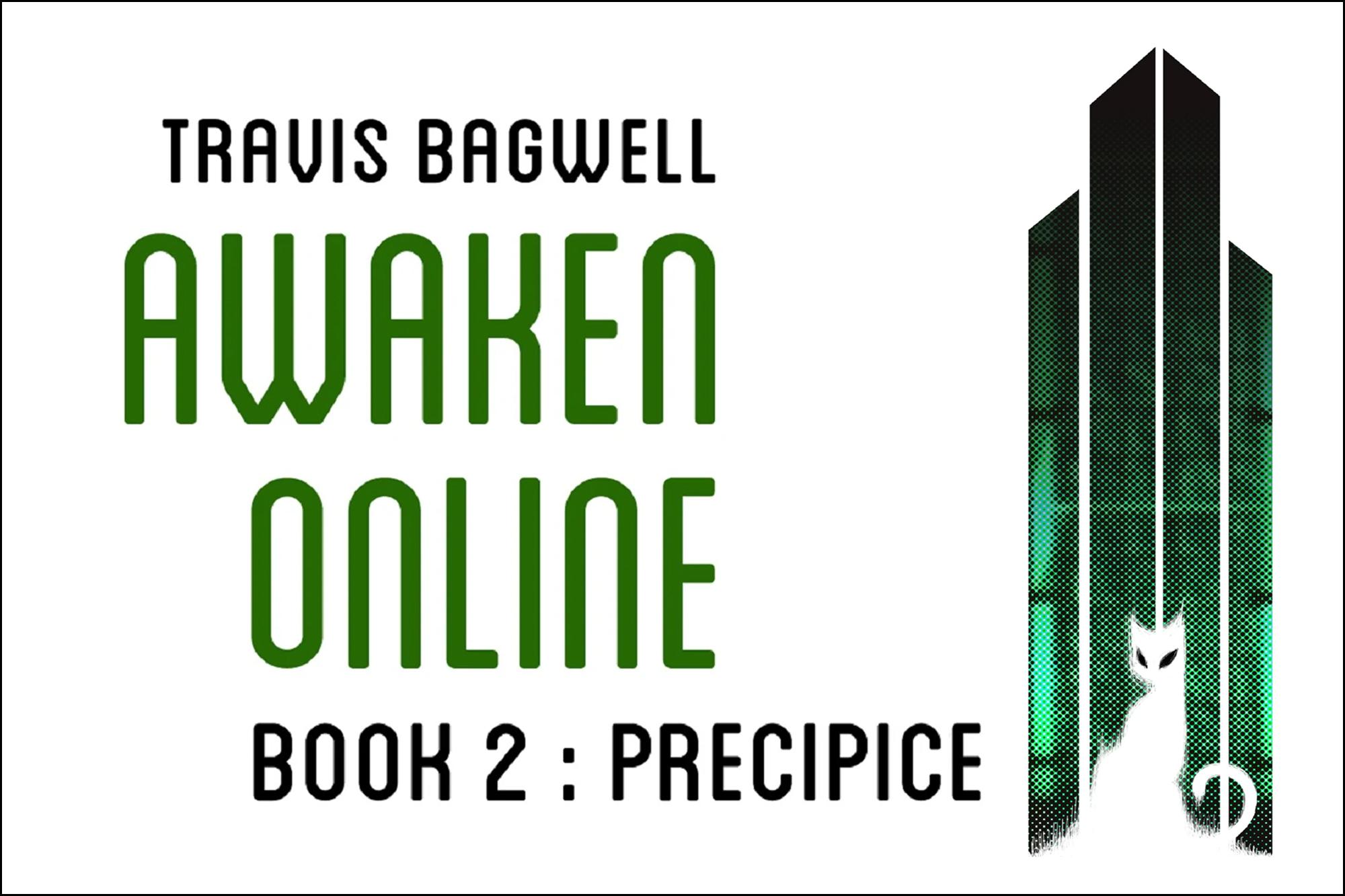 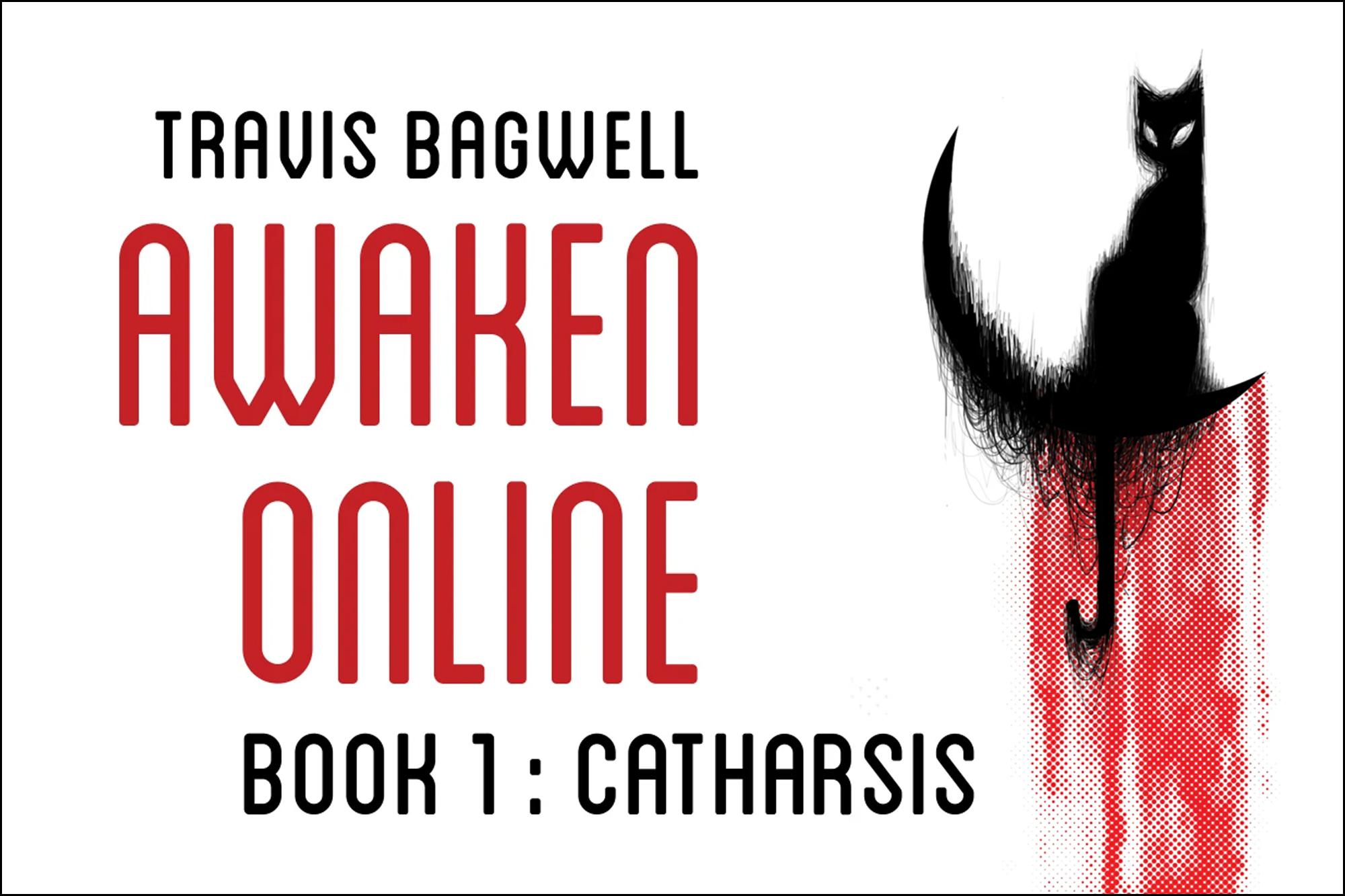 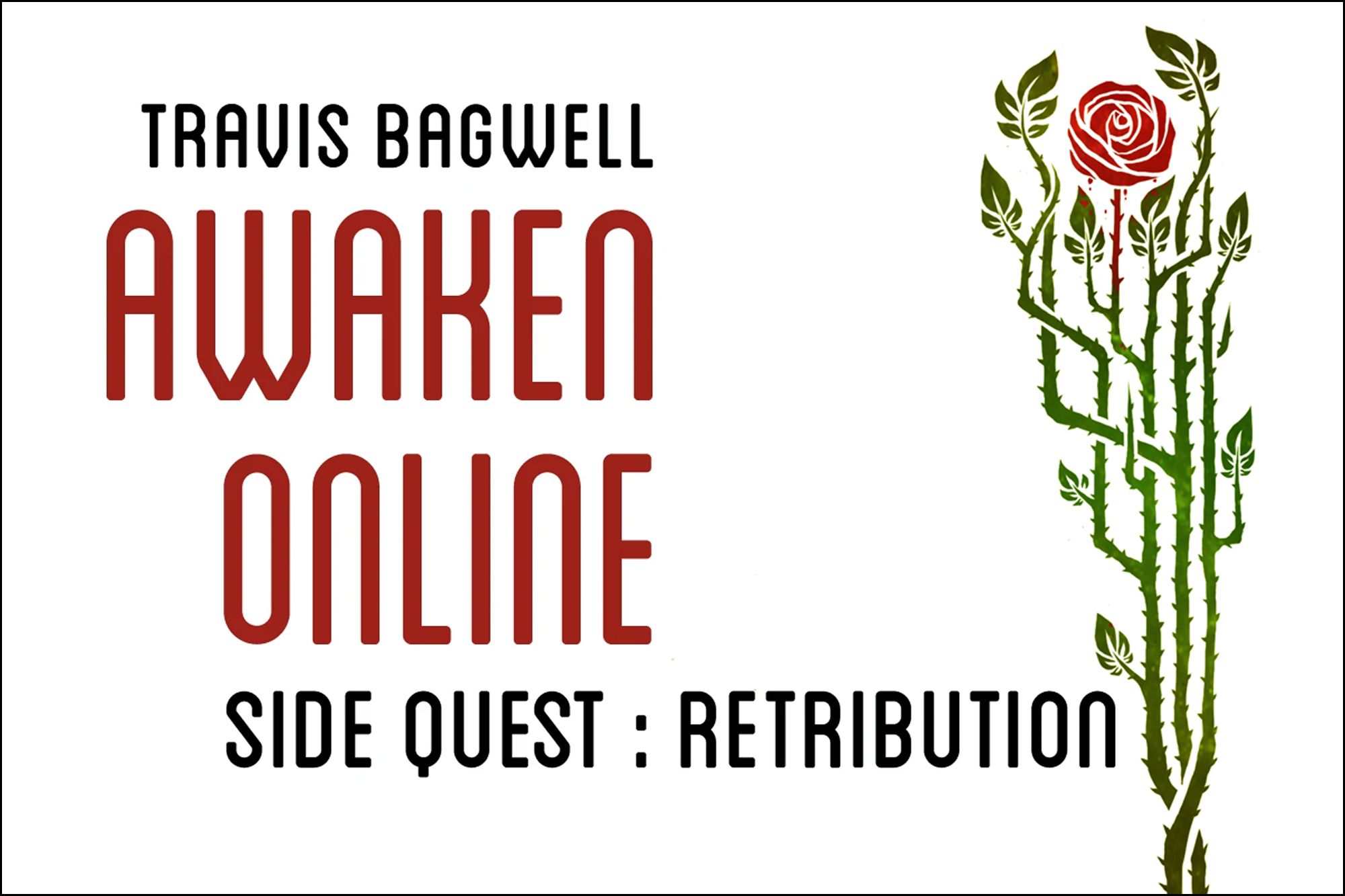